Oncolytic viruses (OV) are viruses that specifically replicate in cancer cells and thereby destroy cancer tissue but do not harm normal cells (Figure 1). As OVs have a completely new mode of action, they are expected to lead to cancer regression or even cure in patients for whom current therapies have failed. To date, several viruses have been shown to have oncolytic properties. Many OVs exert their anti-tumor effect not only by directly lysing the cancer cells, but also by stimulating the anti-cancer immune response as a consequence of cell lysis and release tumor specific antigens (Figure 1). This "vaccine effect" is enhanced by local inflammation induced by oncolytic virus replication, which also supports the destruction of tumor stroma including tumor vasculature. 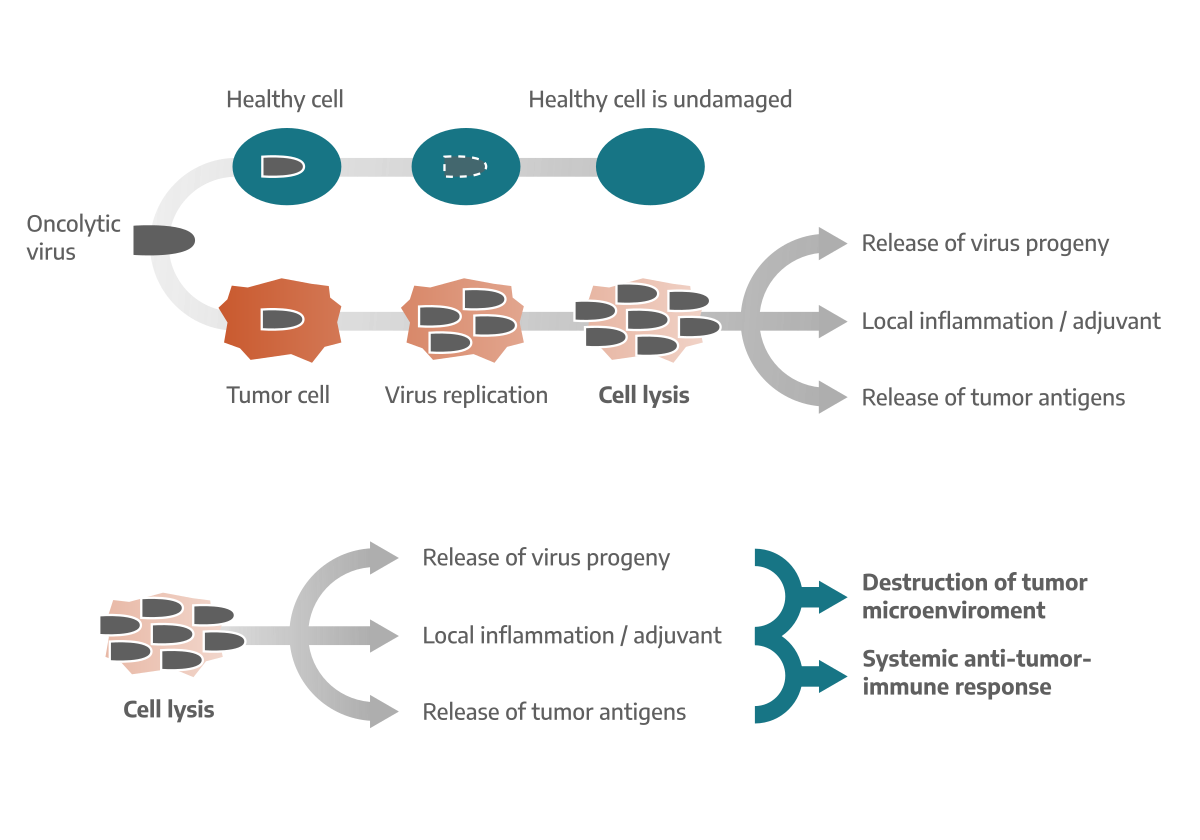 Due to this triple mode of action (cell lysis, systemic anti-cancer immune response, local inflammation) and the fact that OV-therapy can be combined with conventional tumor therapies (e.g. chemotherapy, immunotherapy), OVs are exciting and highly promising new anticancer agents. Especially genetically modified OVs, which overcome the limitations of wild-type viruses, have shown great potential in the treatment of cancer. Efficacy has been shown for several OVs in clinical trials, so that oncolytic virotherapy has become an accepted new strategy for the treatment of cancer.